No one likes to pay taxes.

Holy cow, my husband and I say a lot worse that “holy cow” every Spring. And now of course, it’s nearly summer and that can mean only one thing – semi-annual property tax time. Our local government likes to make me cry not once, but twice, a year.

But I don’t really cry a lot.

There are many people like me. I don’t mean folks that are honest and hard-working, and yet don’t complain too much about giving the government a portion of their money…. I don’t mean those folks because the word “many” doesn’t quite describe us. I think “hundreds of millions” might be closer.

I was referring to people like me that don’t have any children. Some of us childless people can get overwrought (a kind word) about paying their local taxes when most of the money goes to support the schools. Why don’t they tax people who have kids in the school system? they ask. The more kids, the more you should pay. If you don’t use the school, you should be exempt.

I strongly (also a kind word) disagree. The public school system only works if we all chip in. And saying that I don’t use the school is completely short-sighted. Of course I use the school. I need kids to get an education. I’m old now, and in 20 years I will be very old. The kids in school now will be making decisions about the world – and so my life – when I am really old. I need them to make smart and ethical decisions. I need them to know something.

And you could make the same argument about roads and other infrastructure maintenance. I know some people who are proponents of increasing toll roads. Why should you pay for a road unless you use it? they ask. Well, everytime I think I have never used a certain road, I wonder if maybe the truck that delivered my potato chips used that road. Then I know I need to help keep that road in good repair.

Last Fall, I was walking with friends along the beach in Hammonasset State Park, a state beach in Madison Connecticut. (This beach plays a prominent role in my next book, by the way… I can’t wait to share it with you.) But anyway, on this particular day, a friend walking with us pointed out the new Nature Center that the State of Connecticut recently built.

“Look at that big building. Totally unnecessary. A waste of money. That’s where your tax dollars went.”

I regarded the building, looking so nice in the autumn sun. I said, “Well, I guess if the State is going to waste money, I’m glad they wasted it on a nice science center that everyone can enjoy.”

So yes, I know that the government wastes a lot of money. But since I can’t sort it all out myself, I like to concentrate on the nice stuff they spend money on.

If you look at your cell phone bill, for example, you will see lots of different taxes. Most of them aren’t direct taxes – they are the service providers attempt to recoup the taxes they pay. They could build them into the rate, but they’d rather add them separately, so you can complain about the government and not them. One of those taxes you may see is the “Federal Universal Service Fund.” This is a surcharge that helps keep local phone service affordable in rural areas, and also provides discounts to schools and libraries. Well, that’s ok by me.

I don’t mind chipping in to help other people.

The big controversy right now in front of Congress is the Supplemental Nutrition Assistance Program (SNAP) – what used to be called Food Stamps. The US Government spends about $75 billion annually on SNAP. This sounds enormous but it is 2% of the budget. It helps about 45 million people a year – half of which are seniors, children, and disabled people. Many politicians want to cut this program dramatically – a 25% cut.

I am not being political here. I am just saying that I don’t mind that some of my tax dollars go to help people buy food. There’s a lot worse stuff the government could (and does) spend my money on.

Are there some people who cheat and don’t deserve the SNAP money they get?

Well, of course there are.

But since I can’t find the cheaters myself, I don’t want to hurt the many millions of people who need financial assistance to eat.

And how do I justify that my tax dollars may fund a few people who are gaming the system?

I know I wouldn’t want to change places with them. 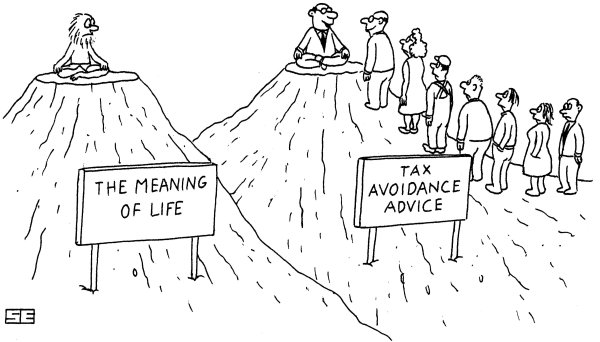