In April, I retired.

Well, not really. Here’s what happened.

I worked for the last ten years as the Controller of a large(ish) mail-order and online business. It was a terrific job, especially after fifteen years at an exciting but extremely stressful gigantic media organization.

For ten years, I had interesting work, but not crazy-stressful. I had a small nice staff in Accounting, and all my co-workers were cooperative and smart and friendly.

But at 65, I was ready to retire. I wanted to spend more time on writing and other creative pursuits. I was just plain ready.

So a very capable replacement was found, and I was finally – after a year’s notice – on my way to my next self-invention.

When I left, the staff accountant was expecting. It’s a tiny Accounting staff – a Controller, an accountant, and an accounting clerk. So maternity leave for one-third of the organization is tough to cover.

Instead of trying to train a temp in a short amount of time -which certainly can be done, but it can be hit or miss – the new Controller called and asked me if I would be interested in covering for the accountant for ten weeks or so, while she was on leave.

And because I liked the organization, and I liked the accountant and the new Controller, I said yes. They just needed me a couple of days a week, since they didn’t expect me to take on a lot of projects – just cover the bases and hold the fort (a mixed metaphor of sports and cowboys, but I like both).

So, just as I was getting used to being home, I went back.

Because I learned something really, really important.

I no longer have to be in charge.

You see, one thing I loved about being a manager is this: I loved being listened to. For me, the third daughter in a very smart family, I have always felt just a little unimportant. Oh, not that my parents ever, ever treated me that way. It was just my own insecurities. I felt slightly invisible.

I was smart enough, but not brilliant. I was attractive, but not beautiful. I was nice, but not adorable. To me, anyway.

So as I worked my way up the ladder of success (an expression which always reminds me of a lunch bag a friend bought me when I got my first management position, emblazoned with these choice words: ‘As you climb the ladder of success, Don’t let the boys look up your dress’), I found that it was amazingly gratifying to be a little bit “important”. To make a suggestion and have it taken. To make a decision and see it enacted. To find a solution to a problem and see it work. To matter. To be asked what I thought. Most of all – to be HEARD.

But going back to my old workplace – but not be in charge – was a revelation.

The first time the President walked past my temporary desk and into my old office to discuss an issue with the NEW Controller, I thought, “OMG. She isn’t going to ask me what I think.”

And then the revelation.

I found myself feeling:

Not snubbed, not unimportant, not dismissed.

I DO NOT HAVE TO BE RIGHT.

Throughout the ten weeks of this temporary assignment, the sensation of freedom continued to grow. Freedom from that constant need for validation.

And THANK GOD or Thank Karma or whatever.

What a sweet freedom it is.

But not done with my new liberation.

How much easier life will be –

knowing that I do not have to

Unless of course, I WANT to.

But I may never want to again. 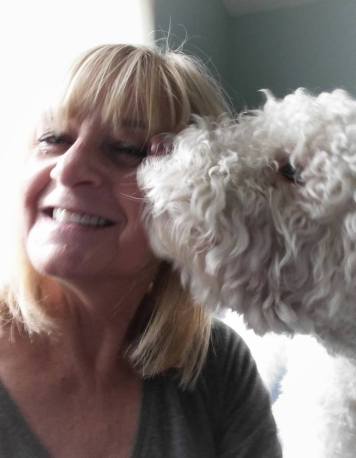