The Boy Who Broke My Heart

I did not have a lot of boyfriends when I was young. I was a little self-conscious and nerdy, and could not figure out how to connect with boys, although I wanted to. But now and then, in my teens and twenties, I managed somehow to find myself with a boyfriend.

He broke my heart.

But not in the way you imagine.

We met twice before we connected. The first time I saw him – or rather, he saw me – was in the parking lot of the local movie theater. It was pretty late at night, because it had been a double feature – “Butch Cassidy and the Sundance Kid” and “The Prime of Miss Jean Brodie.” Both those films had been released many months before, and that’s why they were paired up as a bargain – but can you imagine a better double feature ever? Can you even imagine a double feature? But that’s what you still got occasionally in 1970.

I was at the movies with my mother and my sister. And afterwards, as we went to our car, a couple of kids came over –  not from the movie theater, they were walking from the other direction – and asked for a ride. We turned them down.

A few days later, I went for a walk in the park. I never walked in the park to visit with nature. No, I always went looking for a boy. From the time I was 15 until I was 35, I strolled the park in search of a boyfriend. I thought that would be a nice place to find a nice man. I only succeeded one time in all those 20 years.

There was a bunch of kids hanging around by the pond. One boy came over to me. He had long, rather stringy hair and ancient jeans that were raggedy where they dragged on the ground. Just like my jeans.

He said, “I know you. Outside the movie theater. You wouldn’t give me a ride.”

“I was with my mother. Do you think I would let my mother think I pick up strangers at midnight?” I replied.

“If your mother wasn’t there, would you have picked me up?” He asked.

He laughed.”Okay. How about now? I am not a stranger any more, since now we’ve met twice. I could use a ride home.”

And so I gave him a ride. Only it wasn’t exactly to his home. I dropped him off at a group home, a big falling-down Victorian house only a few blocks from the theater.

“So you didn’t really need a ride the other day,” I commented.

“Not really. I just wanted to see if you would.”

And we started hanging out together.

His real name was Leon, but he thought that was an old man’s name, and he wanted to be groovier than that.

Lee didn’t really live at the group home – they just let him sleep there once in a while when he was on the outs with his mother. His mother was from Poland; I had the impression that she was a war bride, but I’m not sure that’s true. What’s true is that Lee’s mother was a very angry woman. I only saw his dad once or twice; he had an apartment in a not-so-nice part of town, having moved out of their middle-class ranch home a few years before.

Now that I am older, I try to see the situation from his mother’s point of view. But it’s difficult. Everything Lee did was terrible/bad/wrong. His mother seemed to do nothing but yell in her broken English for him to get the hell out of her house. When I was with him, she’d yell the same thing at me. And once, when she came home unexpectedly and caught us mildly fooling around in his bedroom, she chased me out of the house, brandishing scissors.

Then there was Lee’s dad. Lee told me about a time when his mom had kicked Lee out of the house, and he went to his father’s place and asked if he could stay there for a while. His father gave him a fifty and told him to go to a motel for the night. That’s how he ended up sleeping at the group home once in a while.

My own parents were always very nice to my rare boyfriends, including Lee. My mother would make Lee tea with honey, which he loved. My father liked to talk sports, and although Lee didn’t seem to know a lot about sports, we’d sit and watch a game once in a while with my Dad.

I’m not sure what drew me to Lee. He was not handsome. At best, he resembled Neil Young, and I thought that was nice, but certainly not good-looking. He didn’t wash his hair enough. He wore the same clothes for days on end. He never had any money.

He was passingly smart – we both ended up attending night classes at a nearby college  – but he was no great genius either. He rarely did any school work, and didn’t take the same courses I did. But he talked about the world with some knowledge. And he spoke very sweetly to me.

He didn’t ask much from me. Not money, not sex, not drugs. Mostly he liked to come over to my house and hang out. (Young people then did a lot of ‘hanging out’ – I think they still do.)

We had met at the very end of the summer of 1970, and mostly  just ‘hung out,’ often with a small group of other long-haired hippie kids, throughout the fall and the beginning of winter.

My birthday is in early February. My parents were on a well-deserved vacation, and I was staying with my sister in her roommate-filled apartment. So I planned myself a little 20th birthday party. Nothing crazy. About 10 friends in my parent’s basement. Soda and snacks and just a little bit of cheap wine. It felt stupendously exciting though, because I was breaking the rules.

And Lee showed up that night  – with another girl in tow. Yeah, just like the old song, “It’s My Party And I’ll Cry If I Want To.” I had had no suspicion that he was seeing anyone else. I was mortified. The party ended early, and I threw away all the food in a dumpster behind the supermarket the next morning.

My parents returned a few days later. When I told my mother that Lee and I had broken up, she said, “Well, then, why is he here?” And there he was, standing at the kitchen door.

I let him in, and my mother put the water on for tea, and then disappeared upstairs.

Lee and I sat at the kitchen table, both staring at our mugs.

After a long while, I said, “Why did you do that? In front of everyone like that?”

And Lee said, “I didn’t have the courage to break up with you – so I needed to make you hate me.”

“But why do you even want to break up? What’s wrong?”

And he said something pretty amazing.

“I knew because it was your birthday, you were thinking about having sex with me. You hinted about it. And I didn’t want to. I’m still a virgin,” he admitted. “And it’s stupid, but I want to be really in love before I do that.”

“But I want to tell you the truth… why I’m a rat.” Lee started to cry. “I mostly like you because I like your house and your family. It’s so nice here. Sometimes when I’m here, I pretend like I live here. I pretend like I’m your brother and your mother and father are my mom and dad.”

And that’s how he broke my heart. 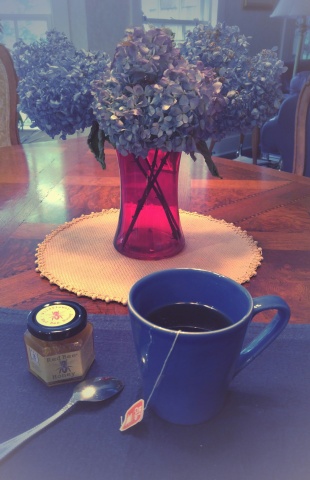