Once Again, I’ve Hidden It

Oh, I’ve written a couple of times about how secretive I am.

I am diabolical in the ways in which I hide things from my husband. (“Secret Agent” and “‘Where’s My Hat?’ Asked Waldo”)

I was a meanie again this week.

In the morning as I am leaving for work, my husband is making his shopping list. Because he is retired and I am not, he does most of the shopping. I love that. Not that he is retired and I am not – I hate that part – I love that he runs all those errands I can’t stand. When I shop, I want to shop for clothes and makeup, not dish detergent and ketchup.

So anyway, he’s making his list, and he says, “I think we also need some of that nice shaving cream. The tube in the shower is totally squeezed out.”

He is referring to Cremo – the inexpensive but very nice shave cream that we both love. 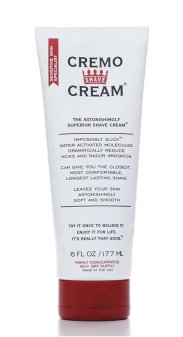 My husband had a beard for twenty years. When he shaved it off two years ago, he found that shaving made his face really raw. He tried several different brands of shaving cream before stumbling on this one. It’s gentle on his face, and nice and moisturizing for me too.  (This is not a paid endorsement… but if the Cremo folks would like to pay me, they can contact me right away.)

End of commercial – back to the story:

So when my husband says we are out of Cremo, I say, “No,  there’s another tube in the cabinet in the bathroom.”

“Which cabinet?” he asks.

“The tall one,” I answer.  Our bathroom has the usual wall cabinet and under-the-sink cabinets, and then one tall cabinet for linens. Only the one. And we call it the “Tall Cabinet.” It’s clearer to my husband than saying “Linen Cabinet.” Because he doesn’t really relate “Linen” and “Towels.” (Plus there’s a lot more than towels in there.) As sneaky as I am, I do not (at least not always) try to add more confusion.

The next morning, I open the cabinet and there they are. 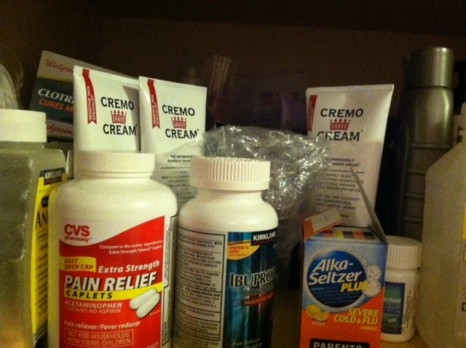