I have always considered my childhood to be an extraordinarily happy one.

I was wandering around Pinterest and I came upon this: 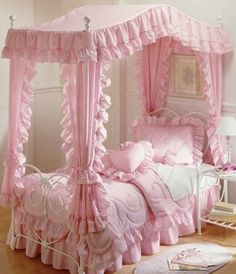 But did I get a canopy bed?

My parents denied me my fondest, girliest desire. And not only that, as a second choice, I asked at least for white bedroom furniture. And did I get that?

I got bunk beds though. And as a consolation, I got the top bunk, so I could pretend I was the princess and the pea. But is that a canopy bed? No, it is not. Actually the lower bunk is closer to a canopy bed, but my brother was only three, so he was not allowed on the top. (and I was afraid he would pee on me anyway, if he slept up there.)

And a canopy bed is not the only thing denied to me by my very cruel parents.

I wanted a pony.

I wanted a kitten.

No.  (To my mother, a kitten was even worse than a horse.)

No. (My mother absolutely refused to spring for the endless expense of costumes that are part of dancing lessons.)

Since I couldn’t have actual dance lessons, I asked for tap shoes.

No. (umm,,, Second floor apartment. It is totally unfair to use that reason twice.)

How about wearing my white patent leather first communion shoes all year round?

I wanted a Girl Scout uniform that dated sometime after 1947,

No. (Barbershop for skimpy-haired Nancy)

I wanted to go to boarding school.

No. (The tuition for Catholic school is plenty, thank you. My parents didn’t say – come to think of it – “We’d miss you.” Hmmm.)

And – almost as much as I wanted a canopy bed, I wanted this:

This is Chatty Cathy. You pulled a string at the back of her neck, and she talked. She TALKED. She said ELEVEN different things. Really original stuff, like “I love you!”

And did I get a Chatty Cathy?

My mother said, “Absolutely not. You can make your dolls say whatever you want. Use your imagination!”

And I’ve been inventing stories and making characters talk ever since. 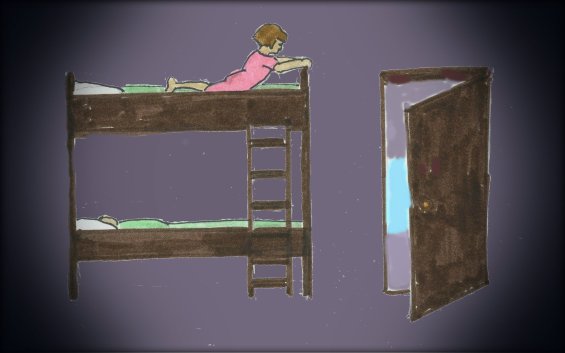