(I promise I will be silly again in a few days, but I’m somber today.)

One night over dinner, about thirty years ago, my father was feeling philosophical. He started talking about events that happen in your life that change you. Not just for a while, or in some superficial way – but change who you are.

He told me about how his sister’s husband had died suddenly of a heart attack – which I remembered had happened when I was about nine. That would have made my father still in his thirties. He said he was the one who had to tell my uncle’s mother that her son was dead. He said it was the most difficult thing he had ever done, and that it changed him forever.

I asked him what he thought were the three most life-changing events in his life.

Dad thought about it for a minute and said, “World War II, marrying your mother, and having you kids.”

Not a bad answer.

Interesting though that here was a man who fought in a war when he was just a kid, and earned two purple hearts, and I’m sure saw some horrific things – but telling an old woman her son was dead was harder.

And Dad asked me what my three most significant events were.

Now I was only in my early thirties – still not married, still struggling to find a career. I hadn’t really experienced that much of life.

But I didn’t have to consider it for long. I knew what events had changed me.

“The Vietnam War, The Beatles, and Kennedy’s Assassination.”

My father scoffed a bit at my mention of The Beatles.

But I defended my choices.

Those events – including the phenomenon that was The Beatles – transformed the way I looked at the world. The Beatles changed our culture – they made it possible young people to question the status quo. And I did. Vietnam made me question what adults were telling me. I understood for the first time that important people can be wrong. People with power lie.

And the first change of all was Kennedy’s assassination. I adored Kennedy. His death was the most shocking event I had ever experienced. And I experienced it in my home. His death was personal. Evil was in my living room. I saw Oswald murdered. I was twelve.

It has been fifty years. Those days in November are as clear to me as when I was that little girl – stunned and bewildered in front of the TV. The person that I am – the one who always needs to know WHY – was formed on November 22, 1963.

I wrote a poem recently for my other blog, With Resistance.  And today, it seems appropriate to share it with you.

KENNEDY WHEN I WAS TWELVE

And so he died for me
In June
And not November 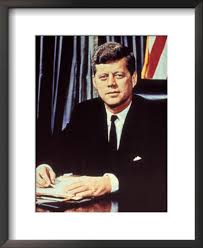