Ever since I started blogging, I have posted a new photo on my birthday.

In defiance, I suppose.

This year is no exception.

My husband and I went shopping at this enormous (220 stores) premium outlet. I did have to make a tiny concession to my age, in that we visited ten stores out of the 220.  And then I could barely walk back to the car.

My husband had secretly already bought me a present. I had seen a beautiful vintage bracelet of garnets and gold at Christmas time, and so he had gone back to the store the next day and bought it for me. And saved it for my birthday, since he had already spent a fortune. But the outlet shopping excursion was two days before my birthday, and so he didn’t want to tell me yet that he bought the bracelet. Which worked out pretty dandy for me, since he bought me a couple of additional presents.

One was a Coach bag. It’s a gorgeous red leather tote. It’s completely appropriate for my age, but I love it anyway.

And then he wanted to buy me skinny jeans, because he likes my ass. So how could I refuse?

So we went to Armani. I picked a nice warm brown with zippers at the ankles, but they didn’t quite fit. (My husband would argue with that.) So we had no choice but to get the python print.

The Beatles reminded me of that on Sunday. I mean, look at Ringo. 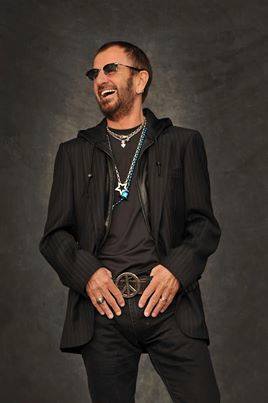 You can’t get much cooler than this. I actually think he is better looking than when he was kid.