When Did That Happen?

One of my Dad’s favorite expressions was “You must have been hiding behind the barn when the brains got handed out.”

I never really understood why someone would hide in order to avoid brains.   But I got the point. I always seemed to miss something important.

I knew by the age of fifteen that I must have been hiding behind the barn when the boobies got handed out.

And there have been lots of cultural changes that seemed to have happened while I was behind the barn.

As I mentioned recently –  I missed that moment in time when spaghetti became pasta.

– When did potatoes become starch? When did meat become protein?

– And when did pocketbooks become handbags?

– When did quilts become duvets? (And how do you keep the inside part of the duvet from bunching up at the end of the outer duvet?)

– When exactly did station wagons become SUVs? Or minivans?  What makes a minivan mini anyway? They look pretty big to me.

– When did water become something you buy?

– When did beer transition from Schlitz to Boutique?

–  And when did self-centered demanding bitches become divas? And why is it okay for little girls to want to become one?

And  – at the risk of getting too serious (which I almost never am):

– When did warfare become conventional?

– When did compromise become a dirty word?

– When did we forget about poor people? 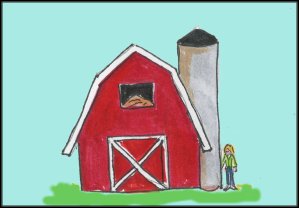 Still behind the barn.