The Best Book I Ever Read

We haven’t had much snow this Winter (Autumn, however, was ridiculous).

We had a little snow last weekend, and as I looked out over the slope of our backyard, I thought about sledding. And the image of sledding always reminds me of…

When I was about ten, I became friends with a girl in my class. Maureen only lived two blocks away. I don’t know why we hadn’t made friends before. I have no idea whether she was new to the neighborhood or the school, but I have no recollection of her before fourth grade. 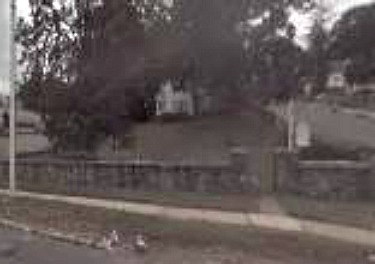 (I pulled this picture off of Google maps, and then blew it up.  It’s not your eyes; it’s pretty blurry. Of course, I could drive over to Maureen’s old house and take a photo. But I’m sitting by the toasty woodstove and I can’t possibly get up.)

Anyway, Maureen’s front yard:  it was a long gentle slope. It was created by God for sledding. And God even added a stone wall at the bottom to keep you from sledding right into the traffic.

I loved sledding. And Maureen was a nice little girl. So I was very industrious in being the best friend I could possibly be. Even if some of Maureen’s other activities were a bit suspect, even to a ten-year-old.

Maureen loved Annette Funicello. She had all her records and books. Maureen often tied a little scarf around her neck, like this:

Maureen also liked to dress in capris and dance to Annette albums.

This was Maureen’s favorite:

Now I may have been only ten, but I knew corny when I saw it. But my love for Maureen’s front yard was so intense, that I often donned a pair of Maureen’s capris, tied a scarf sideways on my neck, and Hucklebucked in Maureen’s living room.

Maureen liked to call herself Mo. But I thought that was a very unattractive name, and I always called her Maureen. I’m sure she thanks me for that today.

Maureen had an extremely nice mother too. Once, on parent’s day, the teacher gave me a bad scolding for forgetting my homework, and when I turned around, I saw that Maureen’s Mom was in the back of the room. Her Ma told me later that it was completely unprofessional for the teacher to humiliate me in front of everyone. She was a wonderful mother, even if she did give us healthy snacks.

Maureen had a brother who was already grown-up. He was a jockey, and that’s why Maureen had so many record albums. (I found out much later than jockeys and disc jockeys were not exactly the same thing.)

Then we went in for healthy snacks and dancing with Annette. I would have danced to Annette albums every day in order to slide down Maureen’s front yard. It was SO worth it.

Maureen gave me Swan Lake paper dolls for Christmas, which I was quick to tell everyone in class that I collected, as all the other girls were already giving up playing with dolls. Or claiming to.

When the book fair came to our school, I bought a book intended to impress Maureen, even though it was already Spring and past sledding season. I was a very good planner.

Anyway, here is the book:

But it turned out that I loved this book.

“Annette: Sierra Summer” is – to this very day –  the best book I ever read in my life.

It must be. I read it three times.