Beyond Clean Underwear – Advice from Mom

My mother’s advice extended far beyond bus-proofing my unmentionables. 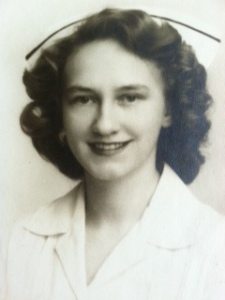 My mother’s advice was wise, witty, and right.

The first advice I remember her offering – (there were lots of  “don’t touch that, you don’t know where it’s been; You’ll put an eye out; Your face will stick that way” warnings) – but this was the first grown-up advice, and it’s a subject dear to my superficial heart:

“Never go to the hairdresser looking like a slob.  Always dress up and do your makeup.  If you look like you don’t care about your appearance, the hairdresser won’t either.”

Here are my favorites bits of Mom’s wisdom:

DATING.   Mom’s dating advice served me well for many years.  Of course it prevented me from marrying for many years too – but that turned out to be a good thing:

“Never play dumb to attract a boy.  If he’s intimidated by your brains, you wouldn’t want him anyway.”

“Only date generous boys.  If he’s cheap when he’s trying to impress you, just think how cheap he’ll be after you’re married.”

MARRIAGE.  On the subject of marriage, there was lots of good advice:

“Never marry a doctor.” (This from my mother, the nurse)  “They need to exude confidence to reassure their patients, but it spills over into their private lives.  They think they know everything.”

“But on the other hand, if you insist on marrying a doctor, go for a dermatologist.  They have very steady incomes.  Their patients never die, but they never get better either.”

“Never disagree with your husband in public.  There will be plenty of time later to tell him how wrong he was.”

“Never let your kids pit you against your husband.  Mom and Dad have to present a united front.  It’s a matter of US versus THEM — and YOU (meaning us kids) are THEM.”

“”Don’t crowd your husband.  Let him go out and have fun.  He’ll come home happy. You do the same.”

LIFE.  When it came to my personal development, Mom was practical and aspirational at the same time:

“Learn how to cook one thing really well.   Serve it when you have company.  You’ll look good.”

“Don’t try so hard to be like your sisters.  We had you because we wanted something different.”

“You can do anything,  You won’t be good at everything, but you can do everything.”

“Learn how to work sick.  Life goes on no matter how you feel.”

“If you have to choose between getting a chore done and having fun, pick the fun.  Years later, you won’t remember how many chores were done late, just how much fun you had.”

“Be as creative as you want, but also develop a skill to fall back on.  I’ve never seen a want-ad for a poet.”

Good advice, right?  Take it from a novelist/accountant who’s married to a generous non-physician.  And I still get dolled up for a haircut. So does Mom. 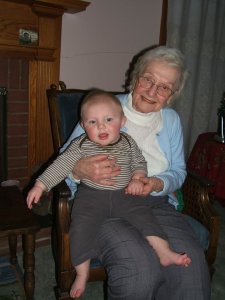