Wearing My Heart On My Sleeve

This morning a nice friend I’m just getting to know was discussing her mother. It seems her mother was a tennis instructor for many years. She’s now retired and neither teaches tennis nor even plays any longer.

However, she still wears her tennis outfits. Not once in a while – but extremely often. Like all the time often. She wears her little tennis skirts and sneakers to the grocery store and the library.

And I love that.

I love that we can send messages about who we are on the inside by what we wear and look like on the outside.

Some people do that with designer labels. I confess, I love the Coach bag my husband gave me for my birthday a few years ago.

Some people do that with slogan t-shirts. (and once in a while, I am even one of those people)

Some people do that with ethnic clothing that represents their heritage or religion. Like kilts or saris or hijabs.

Some people do that with the uniforms of their professions or hobbies – like nurses or cable tv repairmen – or tennis players.

Some people do that by wearing a costume once in while to break out of their own stereotype and make a freer statement. I think the fact that my all-time favorite Halloween costume is Dorothy from The Wizard Of Oz says a whole lot about me.

Some people do that with crazy hairstyles or eccentric makeup – to signal that they are not about to conform.

Some people – currently a lot of people – do that with tattoos.

I personally don’t like tattoos. (although I am not condemning those who do.)

But I’ll admit that I’m impressed by those peoples’ commitment and by their complete confidence that their identities will never change. To use permanent ink to make a permanent statement about who you are takes a level of faith that I do not have.

But what if my heart should change?

I want to show the world what I am – but I want flexibility to change what I am if I want to.  My Statement is fluid.

Right now I am telling the world about myself:

I love a nice rosy blush, because it presents my rosy outlook.

I love soft clothes. Even when I wear black or grey, I like a fabric that is soft. That feels warm to the touch. That gives comfort. Soft clothes represents my accessibility.

I love to wear my leopard print raincoat, because it is practical and funky at the same time – and so am I.

I love my blond hair – I want to tell the world that 66 is not old.

I love good jewelry. I am the real thing. I am valuable.

But I could change.

I could want grey hair (which would be pretty easy for me right now) and present the image of a kindly grandmother – which would also be nice. Or I could decide I wanted to show the world that I am earthy and practical, and swap my designer purse for a burlap bag – (a cool one, though.)

I think most people would benefit by keeping an open mind about their own mind.

Suppose someone gave you a GREAT hat. But months later you realized that the person who gave you the hat was not so GREAT.

Why, you could just take it off. 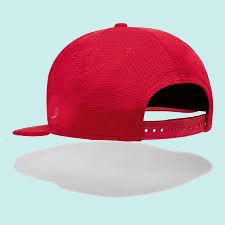