In dubious honor of the Queen’s birthday, I am re-posting my only blog about the royal family. (Written 5 years ago – I can’t believe I have been blogging that long!)

When I was a little girl, my mother had a ridiculous idea that she was delighted to share with me.  Because I was such a princess, it was only fitting that I should marry a prince. Prince Charles, to be specific. 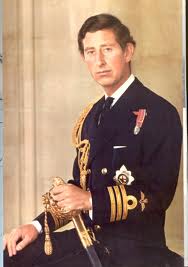 He was two years older than I, and a perfect match in her mind.  Through my grammar school and high school years, she followed his every move to ensure that he was being a good boy, and in my college days, she cut out pictures of the Prince of Wales and sent them to me.

(This wasn’t her only fantasy:  My mother and father took a dream vacation to Monaco when my brother was in college, and she sent him a postcard signed, “Love, your fiancee  Caroline.” He had it on his bulletin board for years.)

The day that Charles became engaged to Diana Spencer, my mother called me at work.  I had turned thirty a few weeks before, but apparently my mother hadn’t quite grown up.

“I don’t know why he couldn’t have married you!” she complained.

“He didn’t date too many of the girls from Eastern High,” I explained.

We all know what happened to Charles and his Princess.  Not happily ever after.

The real-life fairytale changed, and we heard all the sordid details about Charles and the wicked witch.  Or rather, Camilla.

Perhaps because of my many years of imaginary betrothal, I have always had a tender affection for the strange Prince.  And I have wanted for many years now to defend his honor.  So here goes:

I mean, just think about it.  Charles met Camilla more than ten years before he met Diana.  He loved Camilla.  But she was “unsuitable”.  He gave her up and she married someone else.  Charles married Britain’s choice – the lovely Diana.  But Charles never stopped loving Camilla.  After Diana died, she was not only England’s princess; she was its beloved saint.  Camilla was despised.  And Charles loved her anyway, and eventually married her anyway.

I cannot for the life of me understand why women don’t think it is the most romantic story of the century.  He had beautiful Diana,

and he loved homely Camilla. 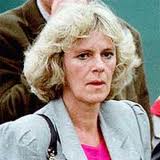 I guess it might have been the gross phone calls.