Over my 63 years, men have said some memorable things to me.

So I present to you my

I go all the way back to 1969 for this one,  I was hanging around at the end of my summer job shift with some other teenagers, and I was wearing my coolest Mod Squad outfit. It was a mini-jumpsuit. A short-short kind of onesie with long sleeves, a big collar and a hip-hugger belt. 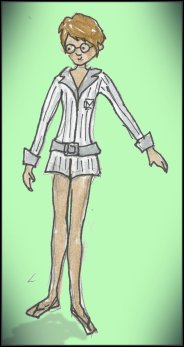 And one of the guys remarked on my outfit.  He said, “I like your get-up.What do you call it?”

Now after forty-five years, I may not be as keen on a man declaring me as his possession, but at the time, I thought, “wow.”

(This was not spoken to me, but reported to me)

My husband and his brother were invited to some man-thing for the weekend. My brother-in-law did not think his then-wife would be happy about it.

My husband said, “Just tell her you want to go. She wants you to have fun – she’ll understand.”

And my brother-in-law answered, “That’s easy for you to say. You’re married to Nancy.”

This is definitely the prize for most offensive Man-Words.

I was the business manager of a cable system. I had come from the health care industry, so although I was a good accountant and budgeter, I was still learning some of the technical aspects. So the regional engineer comes in for a meeting, and uses some term I did not quite understand. So – wanting to gain as much knowledge as possible, I said:

“Can you explain that, please?”

At my next job, I was budgeting for that humongous sports network (you know the one). But in 1990, not everyone was computer savvy – especially some of the old-guard salesmen. And there was one guy – probably the oldest guy at this very young company – who was a sales manager to cable affiliates. I kept sending him his budgets to update, and I never got them back.  So I gave him a call.

“Al, where are your budgets?  I sent them to you weeks ago.”

“I got your emails, but I didn’t see any budgets.”

“They were attached.  At the bottom of the email. Do you see the attachments?”

“I see a bunch of little pirate ships,” Al said.

If you remember the old version of excel… email attachments looked like this:

Funniest Line of All Time:

I don’t think anything for the rest of my life will top this:

Back to 1981:  I was thirty and still single, and I was seriously considering having a baby. I really wanted to be a mother and I didn’t want to wait any longer. I was looking into adoption, and word got around the office.

One of my co-workers sat down opposite me at the lunch table one day.

He said, “I heard that you want to have a baby. And I wanted to let you know that if you want, I would do it for you.”

Without missing a beat, Joe said, “I could do it from there.”