I DON’T KNOW WHAT THAT MEANS

When I was seventeen, my sister’s boyfriend came home from his first semester at a New York acting school.

I was a lifetime proponent of “Cool”.  But oh, “Heavy” was so cool.

So I went back to high school, dropping “heavies” all over the hallways. I was very heavy (except that I was 96 lbs, and I feel I need to include that fact, since I adore saying it.)

Then about six months later, on “The Mod Squad”, Linc uttered this emotional phrase: “Heavy, man.”

And I knew it was all over.  Back in those days, the term “jumping the shark” hadn’t yet been coined.  But the concept was there.  If it was already on TV, it was already passe.

And that was the last time I was ahead of the curve on colloquial language.

And I gave up.

I can pretty much guarantee that if I even hear an expression, it’s outdated. If it finds its way out of my mouth, it’s ridiculously old.

A few weeks ago, a nice blogger suggested very politely that I use PFA instead of the words I did use, “pulled right out of my ass.”

But acronyms are even worse for me that outdated words.  Mostly I don’t know what they mean, but if I do know, they are either incredibly dated or make me look like I’m trying to be sixteen.  I won’t even use OMG, because I will immediately become (in my mind, and probably in the reader’s mind) a teenybopper airhead.  (but I better not say “teenybopper”.) (or “airhead”.)

I read the stuff my cool (hot, smokin–I don’t know anymore) niece posts on Facebook, and it’s full of ” *** ” and “wifeys” and “Bwahahas”, and I guess I can figure it out, but sometimes I’m not sure whether it’s a fabulous (blazin, sick) new expression or a typo.

I’m old.  I’m sticking with “Cool”.  And I will suppress the urge to respond to TRDMC with LSMFT.  (For those notquiteold, that’s “Lucky Strike Means Fine Tobacco”. ( See–We had acronyms back in the olden days.) 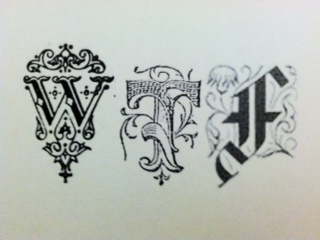